ABOUT THE MONEY MATRIX

To provide personal advice to agricultural and small businesses with integrity, honesty and authenticity. To assist in transitioning their businesses to their families, or to exit from their operations with greater wealth and prosperity, through working with us.

Whether they are starting a business, thinking of selling the farm, trying to develop a succession plan or needing to find those tax-effective strategies to catapult them to financial freedom, the Money Matrix team aims to provide a path.

Let us know your story, and we will create the ending together. 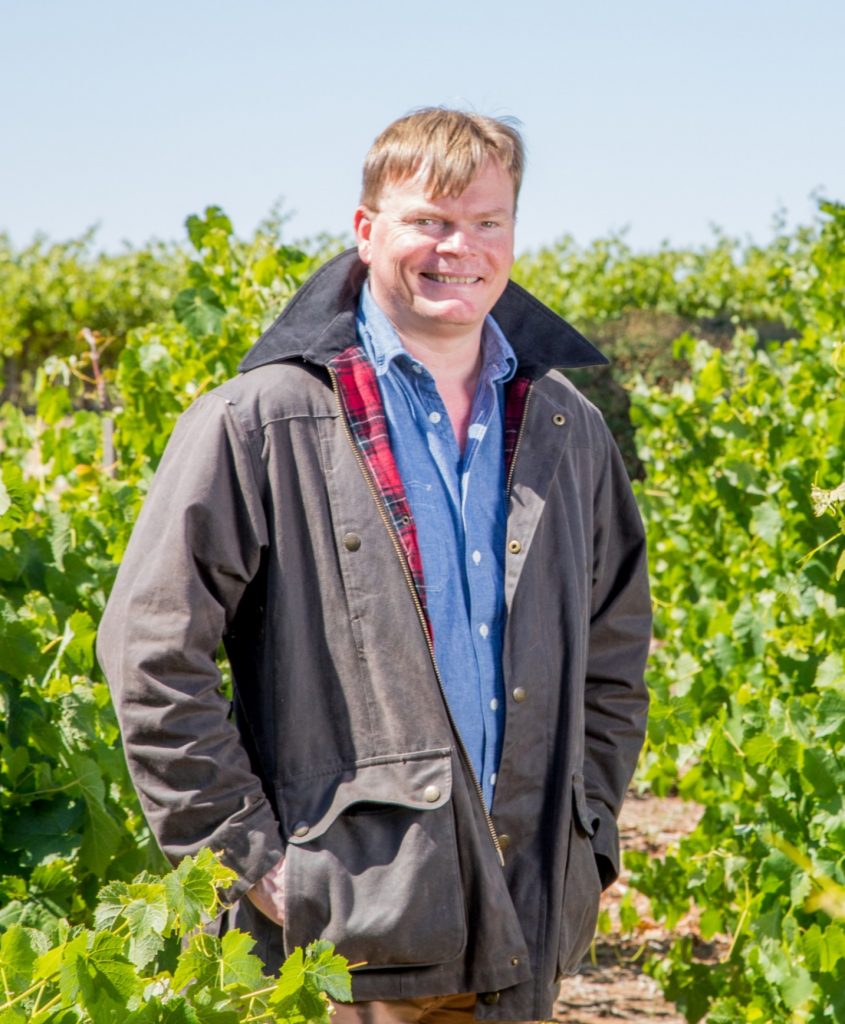 He is The Winged Keel (the secret weapon everyone knows about) known to his wife as a husband, a lover, the rain maker, enthusiastic, loyal, and a dad.

He reckons he should hold an MBA in passion, honesty and “not understanding my wife”. And he believes he is still the current state record holder for the “Two Moving Parts Award 1989”, when he was winemaking at Renmano. He specialises in leading the team, putting out daily fires, and writing sophisticated strategies.

David also says his pièce de résistance is bleaching brand-new sheets and towels with Domestos, boiling spuds for four hours, and never going to PT training with the team.

In his “former life”, David was an Oenologist and Viticulturist for 17 years (winemaker). During vintage, he learnt to sleep standing up but never to sleep over the crusher, or the vat. The winery cat did just that, and the following year they named the Port – CatNip!

As a young winemaker, David learnt that great wines are made over 10 years starting and finishing with the land. He loves this parallel to his financial advice.

​David’s wheelhouse is: Providing sophisticated advice for small businesses and agriculture. He enjoys succession planning and family dynamics. He is known as thick-skinned and can be brutally honest and blunt in meetings. “I am not everyone’s cup of tea, but that’s ok, because I only drink coffee and no one has died in a meeting because I told them a few home truths,” he says.

His Industry Achievements are GDip Fp, GDip App. Fin, CFP, SMSF Association, SSA. And many industry awards. If you are interested, check out the Awards Page 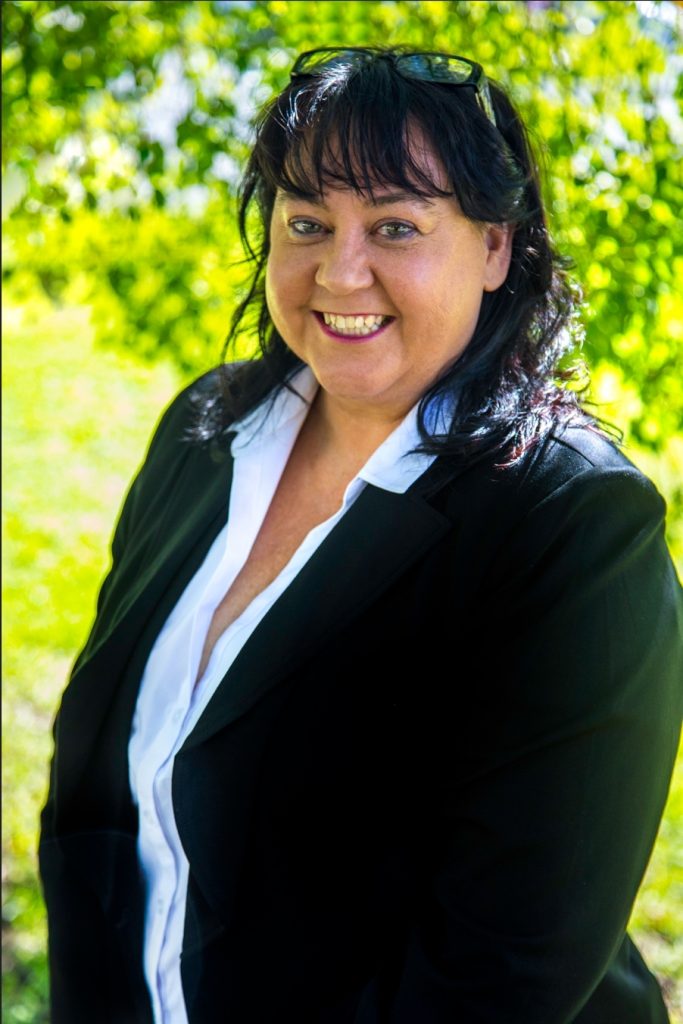 Is she really known as the Wilting Violet of the team: quiet, reserved, an introvert? “Well, tongue in cheek anyway,” says Eileen. “I am a wife and a ‘swim mum’. Actually, the Uber in the family.”
In the same vein, she jokes that she holds an MBA in love, understanding, hugs, and kisses. As a specialist in PMA (Positive Mental Attitude), diary management extraordinaire and talking all day on the phone mainly to book meetings, she could well have a masters in directing, effectively getting David travelling around the country.
Her unashamed best friend is Whereis®.
Areas to work on: “Try not to burn schnitzels and make gluggy rice.”
As a former pioneer: Eileen lived and worked in a third-world country. She mastered camping indoors with no running water and electricity: packed a semi-automatic (gun); and blended in wearing lots of colour in a country that only knew black.
Her wheelhouse is: Putting humour into life. “I love to add fluff and bubble to everything. I am known as the bower bird; I like everything that shines; I love making our clients feel the love; and I love fancy dress parties and funny hat day on Fridays, even when no one else wants to wear one,” she says, always ready for a laugh.
She admits to getting the odd report card from school saying she talked way too much … “but what did they know?”
“Not to brag, but I was told I should hold a Master’s in technology. But in perhaps YODA-like words: I.T. Master I am not!
Industry achievements: DFP Diploma of Financial Planning, “which comes in handy when riding a unicycle while patting my tummy and rubbing my head”. 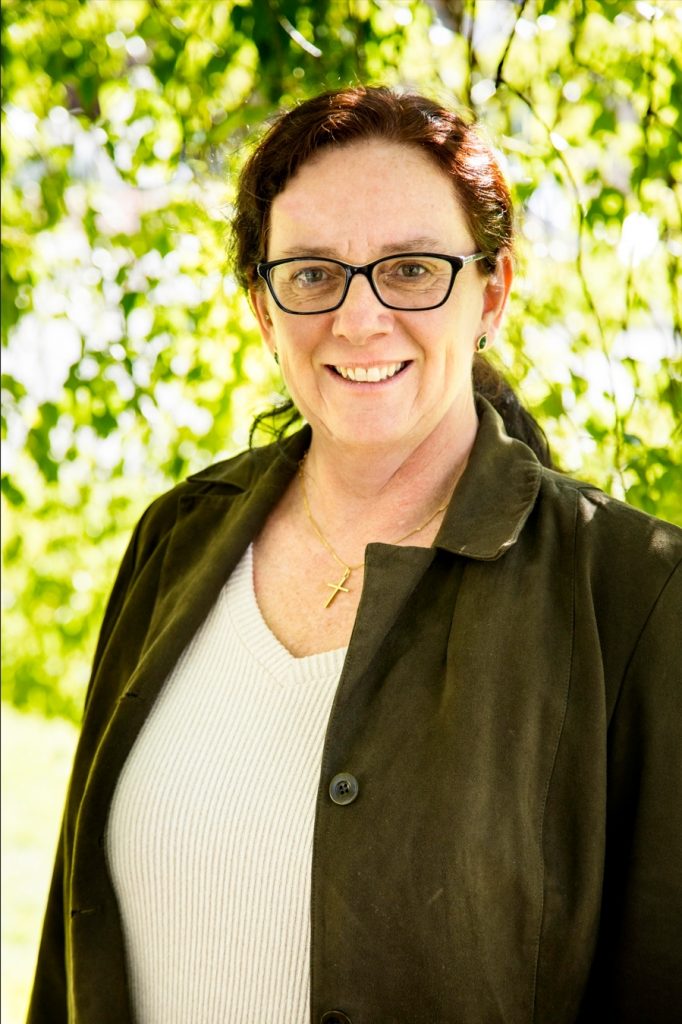 Born in the country, the youngest of seven children, Lynn learnt how to fight for herself and work hard to achieve her goals. She had travelled around most of Australia by the time she was 21, which is when she decided Adelaide was the best city to live in.
She has worked in the Banking, Trustee Firms, Stockbrokers and Financial Planning industry since she was 21.
“Since starting to work for the gorgeous and funny Eileen, and the brain behind so many successful plans, David, I decided to properly save towards my retirement but also improve my fitness so I can enjoy those future years,” says Lynn.
Referred to as the Gym Junkie by David, she admits to a love of hanging upside down from a pole at least three times a week, doing Muay Thai twice a week, intense interval training twice a week, exercising in her lunchtime and taking her red heeler for long walks.
In her spare time, Lynn says she enjoys studying, “or do I?” She is raising two young adults, aged 17  and finishing year 12 and a  20 year old, She is kept busy  teaching them to drive, and having them experiment with cocktails.  Lynn admits she is a really bad cook, “but that’s ok because my partner is excellent in the kitchen”. 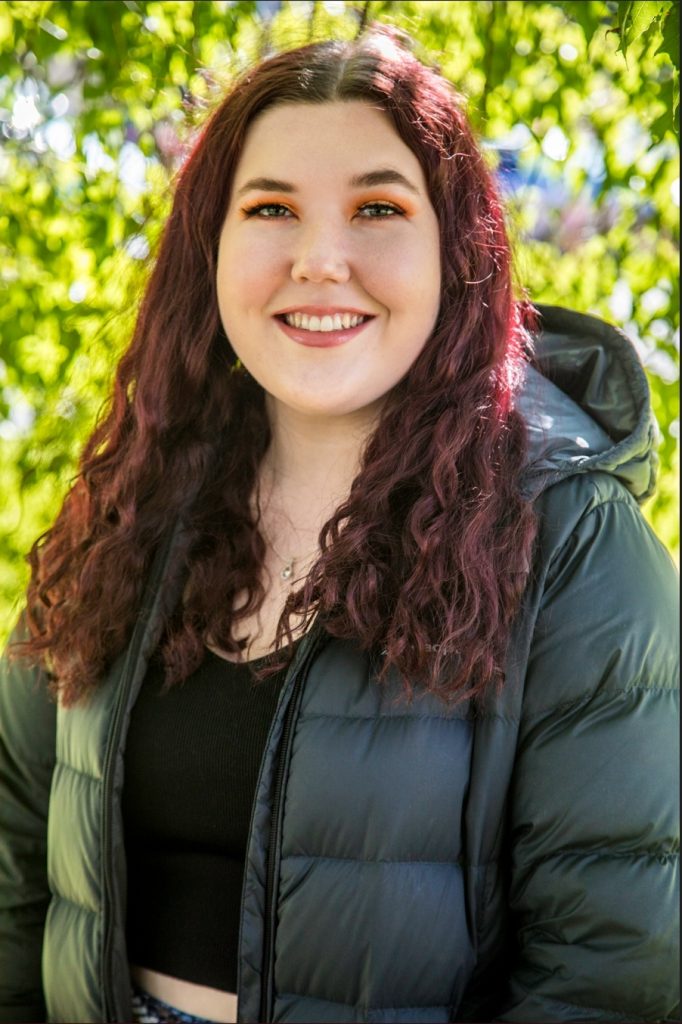 Her adult work life started at The Money Matrix in December, 2015, aged 17. Having just graduated from high school, she says she had no idea what the future held. She was offered a Client Service Officer role and jumped at the opportunity, ever since gathering valuable skills in a career she had never considered at that time.
“I enjoy working in the industry and I’ll always give my best when it comes to assisting our clients,” says Jade. “Seeing people achieve their goals and knowing I was a part of this in the background, well, that’s a good feeling.”
In 2019, David and Eileen gave Jade five months off to participate in The Camp America program, in a Girl Scout Summer Camp in Missouri. She took on a leadership role which at the start “was pretty scary”.
“I wasn’t sure if I wanted to be a leader, but as usual David and Eileen told me to go for it, and just do it,” she says. “I ended up in charge of a unit of up to 30 kids and three staff members. It was hard and there was drama, plus insects, galore. It gave me newfound appreciation for my parents raising four kids. This experience allowed me to learn new leadership skills and I feel I’ve grown as a person because of the situations I faced.”
During her travels to the US, Jade visited 15 states and had the time of her life.
“It ignited my love for travel, and I hope to visit many more countries in the future. In the words of my godmother: ‘Travel is the best education money can buy’.
In my spare time Jade enjoys listening to music, podcasts, watching the AFL (“go Crows!”), baking and PlayStation. 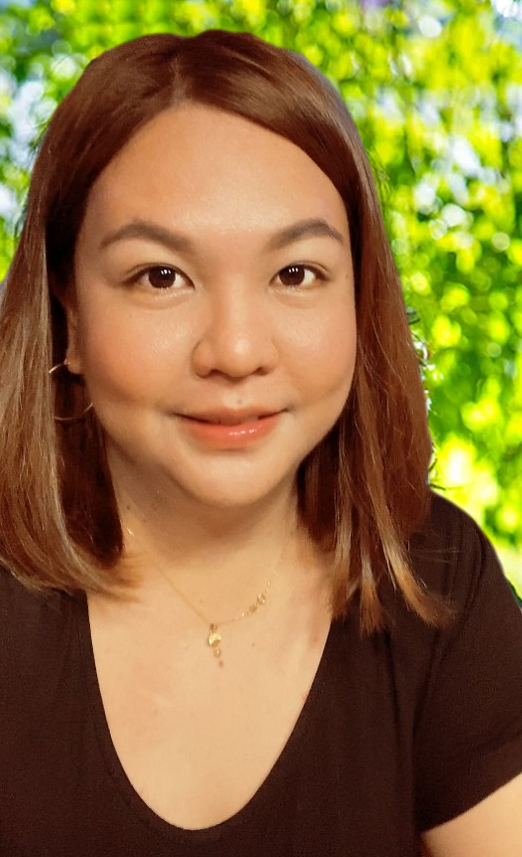 What a steep learning curve Trixie has experienced as Client Service Officer with The Money Matrix since February, 2021. She holds a degree in Marketing from Saint Theresa’s College. Before The Money Matrix and the Pandemic, she worked for an insurance company as a sales officer for seven years. She is driven by customer service and takes pride in providing the best service possible.
In her spare time, she enjoys gourmet cooking and baking with her family. “Great banana bread is one of my signature dishes,” she says.
Trixie lives in Cebu City, in the Philippines. She is classified as a virtual assistant and stays in contact with the team daily through technology.
“I got married in December, 2021, on the day of the worst typhoon in history, so only a few people were able to attend our wedding. Our honeymoon was cancelled due to the extreme weather,” says Trixie. “Instead, we spent three weeks in clean-up mode and trying to get all our amenities including electricity and internet service back to our apartment. Luckily, David and Eileen are giving me time off in March to take my honeymoon. I am feeling very excited to start a new chapter in our lives.”
Trixie has three siblings, who all work in the US and Australia.
As a Client Service Officer, she sets up client files, adds client data to the financial planning software, prepares forms, documents, templates, and updates and maintains client databases and office administrations. “My work is so varied, and I have had to learn many new things,” she says.
Honesty and integrity are two values that Trixie holds dear, “and I find I have this in common with my teammates at The Money Matrix”. 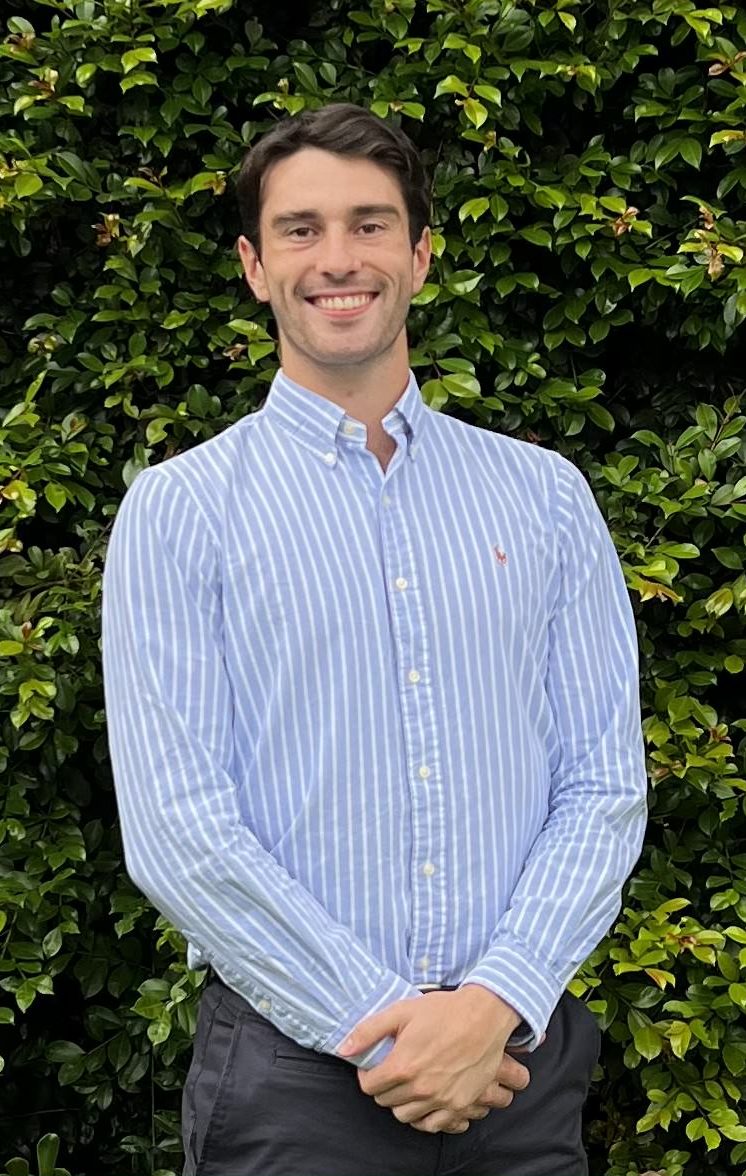 Young country boy Tom made the move to Adelaide as a teenager, finishing his secondary education at boarding school. Tom hasn’t been phased by the switch from Mid North SA life to the city at all. He has been at university since 2019 and expects to finish with a Bachelor of Business (Financial Planning) and Bachelor of Business (Innovation and Entrepreneurship) in July, 2023.

He is working and studying hard, with plans to make the title of licensed financial advisor the finishing touch to his education.

Tom has joined our team part-time for his associateship year. It’s a brilliant early career leap he says, so keen to “learn all the back-of-house processes of financial planning under the excellent guidance of Lynn and Jade, while also having the opportunity gain valuable exposure to David’s strategic expertise”.

During the early stages of COVID, Tom spent his spare time learning about shares and financial markets. It was the time that fired his passion for finance and led him to add Financial Planning to his university studies.

“Something I have discovered about myself is that I love helping others. What better way to help someone than to unlock financial freedom and alleviate financial stresses from their life,” he says.

Outside of work, Tom enjoys spending time outdoors. He is a sporty sort and enjoys water-skiing, along with spending time with friends and family. Tom also is heavily involved with the Prince Alfred Old Collegians Football Club, as a player and a board member.

We believe in Honesty with Purpose in all that we do

Through hard work, we will act in your best interest to meet your need and open up a world of possibilities

We will work together solidly with One Goal, One Passion, One Focus, for you our client.  One at a time.

Always doing the right thing for our clients and our business.

US IN A NUTSHELL

LESSONS FROM THE MONEY MATRIX

Unless specifically indicated, the information contained in this webpage is general in nature and does not take into account your personal situation.  You should consider where the information is appropriate to your needs, and where appropriate, see personal advice from a financial adviser.